Some wonderful memories and aprons from Morag Henriksen and friends: 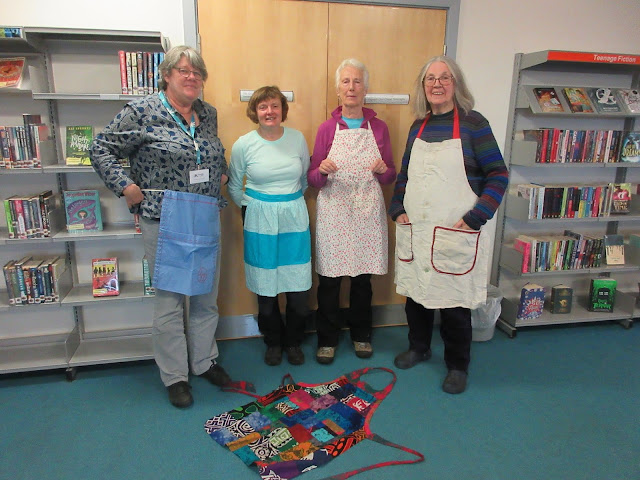 ".... During a sewing group at the Portree library we began talking about school sewing and up to1965 or so every school in Scotland had sewing classes and made the same things to the same patterns.

These are librarian,Gillian Siwek's lapbag, pinny and Dutch apron made in Fraserburgh Central in the 60s. Her mother hoarded her work; mine didn't but we made the same in Lochcarron Primary in the 50s and Wilma MacRuary in Crown Primary ,Inverness too....." 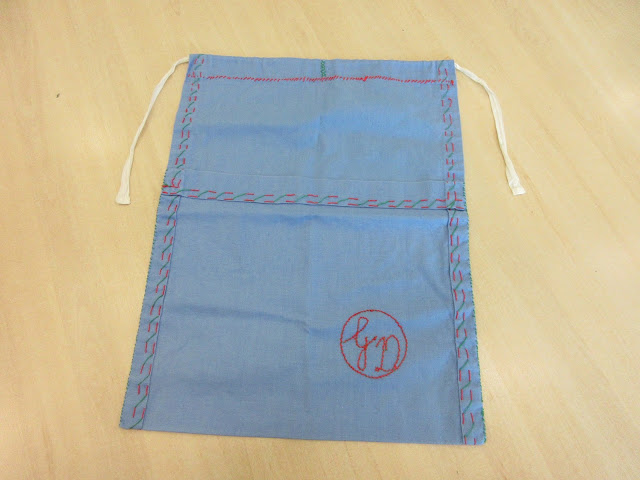 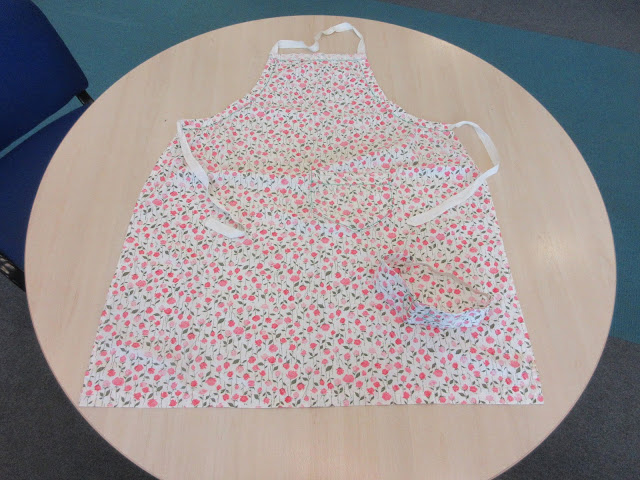 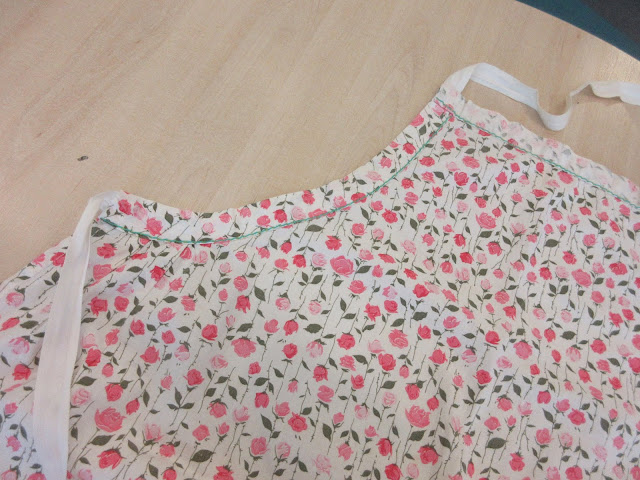 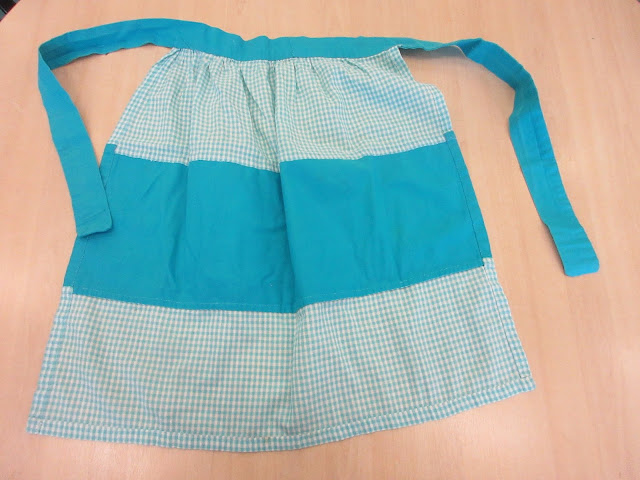 ".... My Dad was wearing this school-made apron in his garden shed in the eighties and nineties. I kept it when he died and my son likes to cook in it now. I used to use it myself until this year I indulged in a new pinny from Skye Batiks in Portree. Therssy makes cushions and pinnies from the scraps left from their trousers and tops....." 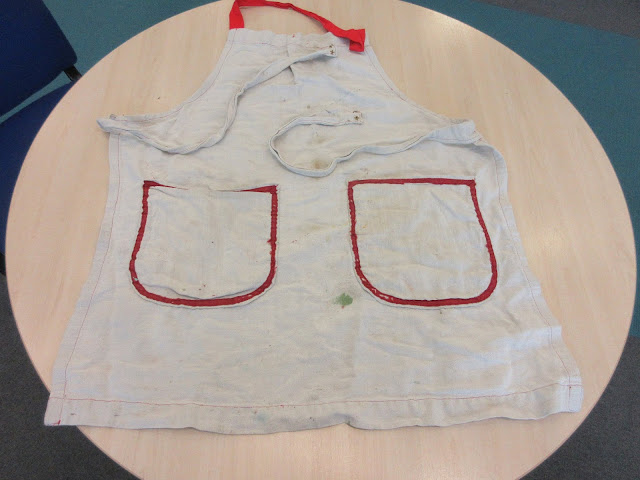 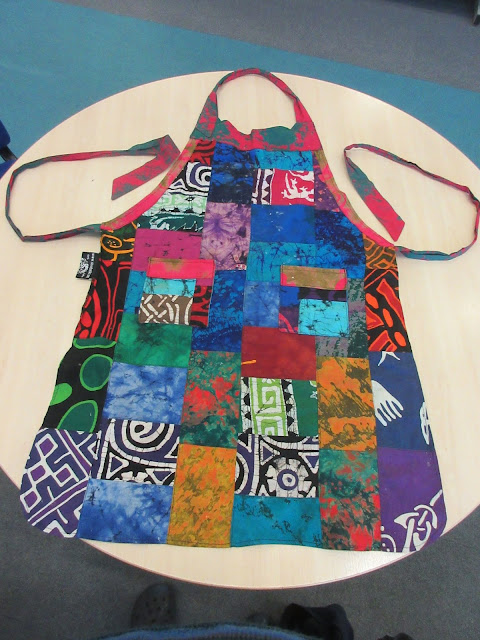 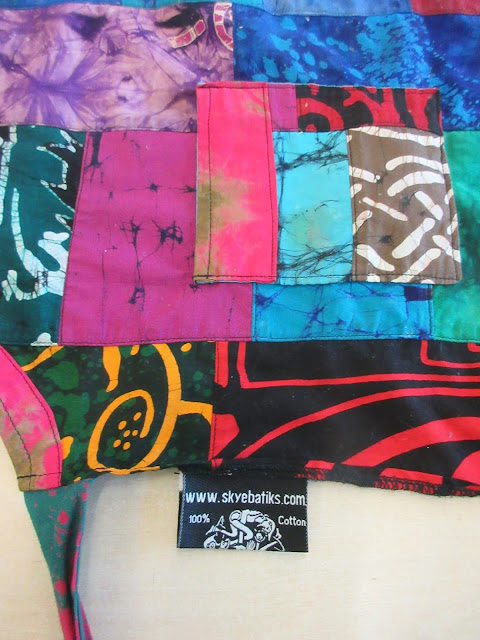 Notes!
I recently met Morag who, after nearly 30yrs said:
Do I know you, you look familiar?

Huge thanks to Morag Henriksen, the now retired head teacher of Uig Primary School for emailing me a selection of photos now in Skye & Lochalsh Archive Centre, Portree from
my 1st artist residency job after Uni, 1993 Isle of Skye! 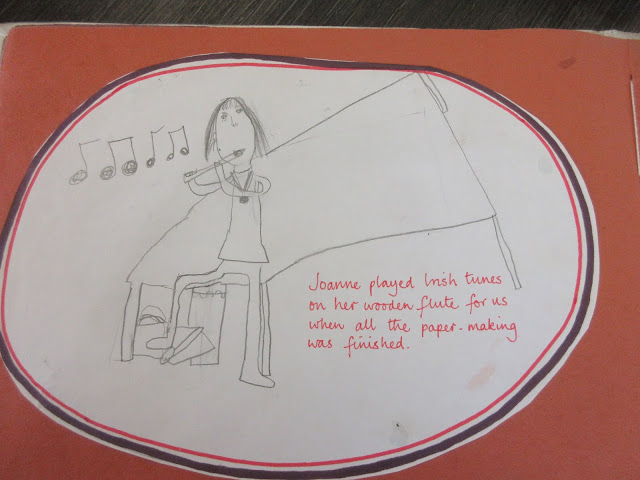 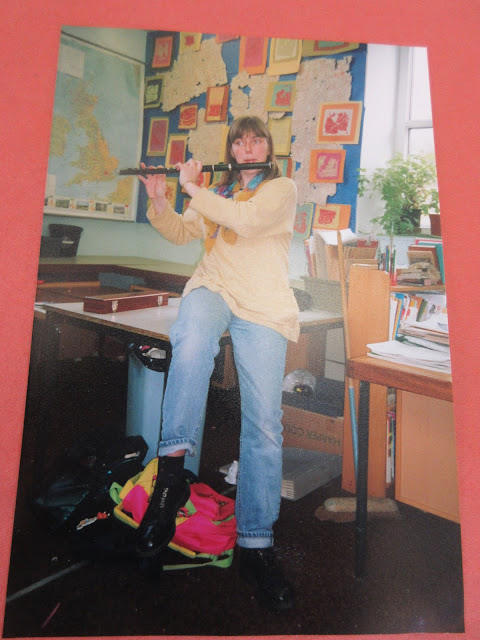 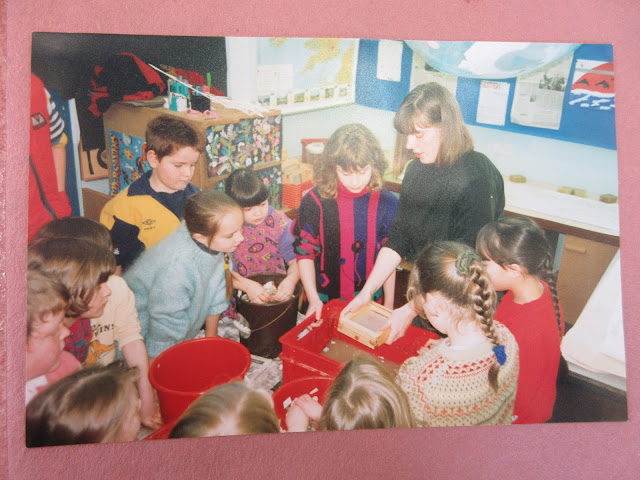 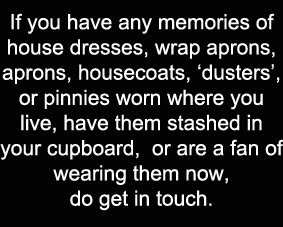 Wikipedia."....A housedress is a type of simple dress worn informally at home for household chores or for quick errands.... "
Oxford English dictionary
Housedress: 'A simple, usually washable, dress suitable for wearing while doing housework.'
Apron: 'A protective or decorative garment worn over the front of one's clothes and tied at the back'.
Tabard: "A sleeveless jerkin consisting only of front and back pieces with a hole for the head."
Pinny: " Mid 19th century abbreviation of pinafore." 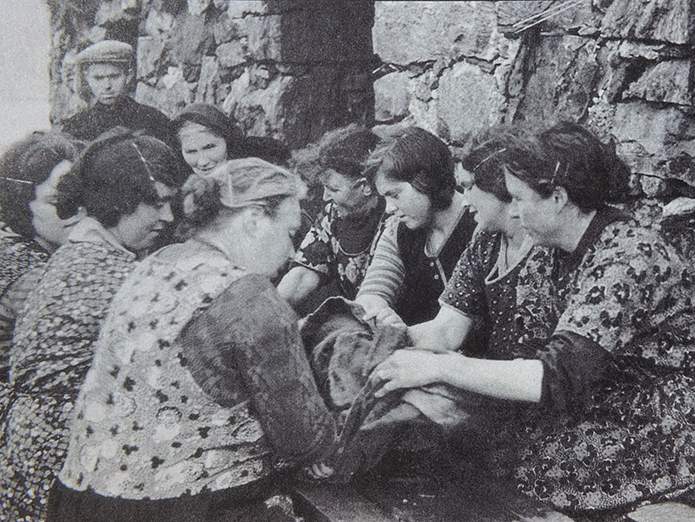 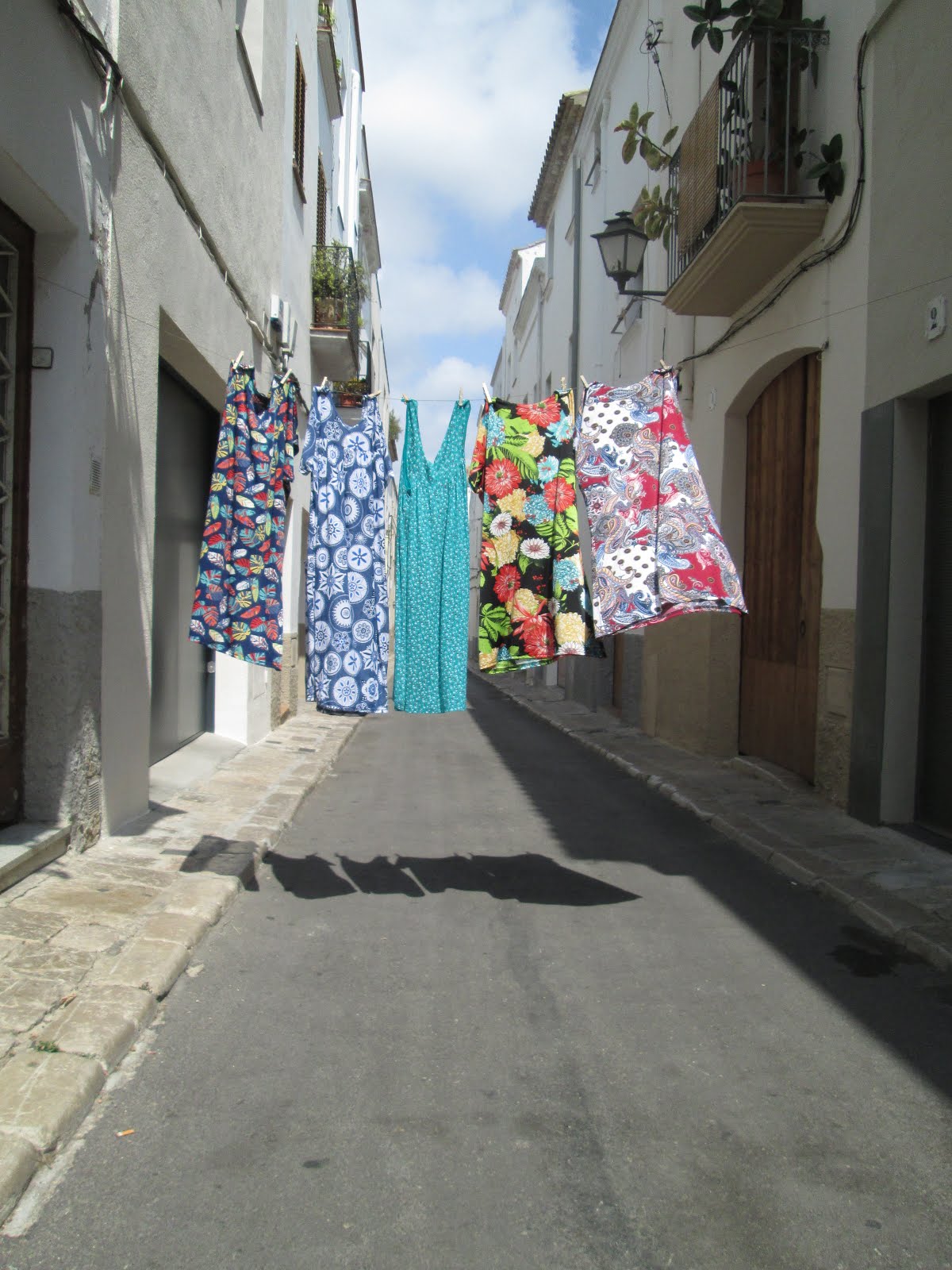 "The House Dress" by Elda Danese

"....Firmly impressed on the collective memory, the housedress is a garment with a many-sided identity: a uniform for house work, daily wear for women in rural families, a light dress for the summer vacations and, in more recent times, an item in the collections of many fashion designers...."